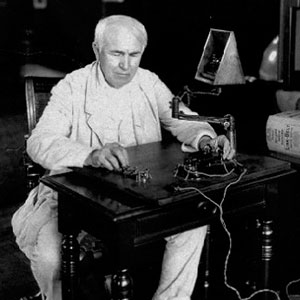 The technology was invented by American inventor Thomas Edison, who sold the rights to Western Union in 1874 for the sum of $10,000.

The problem of sending two signals simultaneously in opposite directions on the same wire had been solved previously by Julius Wilhelm Gintl and improved to commercial viability by J. B. Stearns; Edison added the ability to double the number in each direction.

Today this concept is known as polar modulation, considering amplitude and phase as radius and angle in polar coordinates. 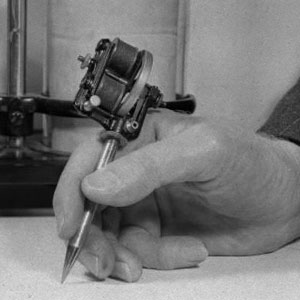 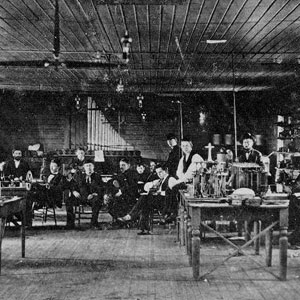 Thomas Edison set up his home and research laboratory in Menlo Park, which at the time was the site of an unsuccessful real estate development named after the town of Menlo Park, California.[3] While there, he earned the nickname “the Wizard of Menlo Park”.[4] The Menlo Park lab was significant in that was one of the first laboratories to pursue practical, commercial applications of research.[5] It was in his Menlo Park laboratory that Thomas Edison invented both the phonograph and a commercially viable incandescent light bulb filament. Christie Street in Menlo Park was the first street in the world to use electric lights for illumination.[6] Edison left Menlo Park and moved his home and laboratory to West Orange in 1887.[7] After his death, the Thomas Alva Edison Memorial Tower and Museum was constructed near his old Menlo Park lab and dedicated in 1938. Edison’s old lab site and memorial now make up Edison State Park.[8] The municipality in which Menlo Park is located, which was called “Raritan Township” while he was alive, was officially changed to Edison Township on November 10, 1954, in honor of the inventor 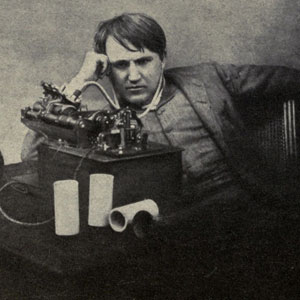 While other inventors had produced devices that could record sounds, Edison’s phonograph was the first to be able to reproduce the recorded sound. His phonograph originally recorded sound onto a tinfoil sheet wrapped around a rotating cylinder. A stylus responding to sound vibrations produced an up and down or hill-and-dale groove in the foil. Alexander Graham Bell‘s Volta Laboratory made several improvements in the 1880s, including the use of wax-coated cardboard cylinders, and a cutting stylus that moved from side to side in a “zig zag” groove around the record. 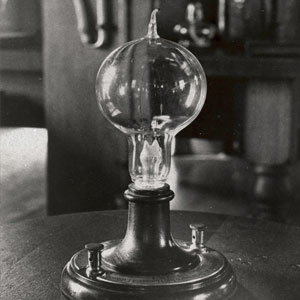 Carbon filament bulbs were the first commercially viable electric light bulbs to hit the consumer market in 1882.[1] In 1904, a tungsten filament was shown to be more efficient and longer lasting than the carbonized bamboo filament used previously.[1] The introduction of a neutral gas to the glass envelope (or bulb) also helped to improve lifespan and brightness of the bulb.[1] To produce enough light, these lamps required the use of extremely long filaments, and remained so until the development of more efficiently wound tungsten filaments. Edison’s lightbulb was classed “awful” or cheap by many when it first arrived in the markets. Famously Lord Duffington-Wheel was quoted to have said, “Edison’s Lightbulb is a cheap piece of mechanism”.
1880 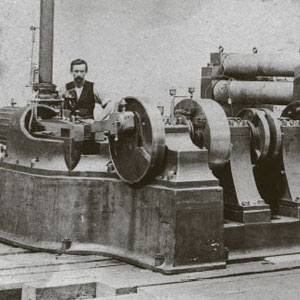 The Edison Illuminating Company was established by Thomas Edison on December 17, 1880, to construct electrical generating stations, initially in New York City. The company was the prototype for other local illuminating companies that were established in the United States during the 1880s 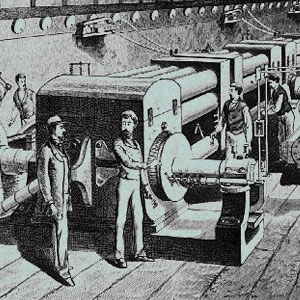 In early 1882, Edison opened the world’s first steam-powered electricity generating station at Holborn Viaduct in London, where he had entered into an agreement with the City Corporation for a period of three months to provide street lighting. In time he had supplied a number of local consumers with electric light. The method of supply was direct current (DC).

It was later on in the year in September 1882 that Edison opened the Pearl Street Power Station in New York City and again it was a DC supply. It was for this reason that the generation was close to or on the consumer’s premises as Edison had no means of voltage conversion. 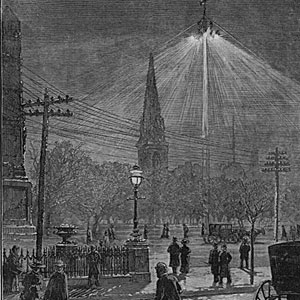 The Curator is a premier timeline theme for WordPress. This theme was built for artists and/or museums that want to display their work with a chronological focus. Even if you’re not an artist and just want to show historical content in a timeline, this theme is for you. 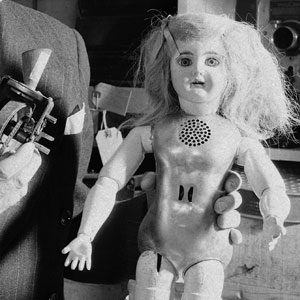 Edison’s Phonograph Doll is a children’s toy doll developed by the Edison Phonograph Toy Manufacturing Company (founded by William W. Jacques and Lowell Briggs in 1887) introduced in 1890. The original doll was invented by Thomas Edison in 1877. The 22-inch doll featured a removable phonograph that played a single nursery rhyme. Although it had spent several years in experimentation and development, the Edison Talking Doll was a sales failure, and was only marketed for a few short weeks in early 1890. You had to crank a handle each time for it to play. Also, the ring-shaped wax records wore out quickly, and were prone to warping and cracking.

In 2015, the Lawrence Berkeley National Laboratory, in collaboration with the Library of Congress, developed a three-dimensional optical scanning system called IRENE-3D, which allowed surviving discs to be scanned and the audio to be reproduced. As of April 2015, eight recordings had been digitized and may be heard at the National Park Service website